I haven’t posted a recipe since HALLOWEEN?!

It seems kind of silly in hindsight but I just haven’t been in the mood to write. I’ve been reading a whole heckuva lot, and going hiking with my new guy and our respective pups, and doing some cooking, but the effort it takes to write recipes has eluded me until now.

I’ve been tweaking this recipe for a while now. It began with a breakfast ricotta cake I found online, has evolved into this current state, and no doubt will continue to evolve as I make it! I even have plans to make a savory version that includes cheddar cheese. For now, though, here is the simple but delicious and quite high protein Breakfast Cheesecake recipe!

This is a one bowl recipe, and the ingredients are simple: cottage cheese, sweetener, eggs, coconut flour and your favorite extract for flavoring. I used lemon because it helps mimic the tartness of cream cheese. You can either blend all of these things together in a food processor, which gives it a finer texture more like a dense New York style cheesecake, or you can mix it by hand, which will give it more of a crumb. For this recipe I’ve done it by hand, but I personally prefer the texture of the food processor (plus it takes like 60 seconds that way).

I stirred things together in steps to make sure it was blended properly:

Then spooned and pressed it into a large loaf pan sprayed with non-stick cooking spray before placing it into a 350 degree oven for about an hour.

This definitely need to cool completely and be refrigerated before you’ll be able to slice it, but it’s so worth it! 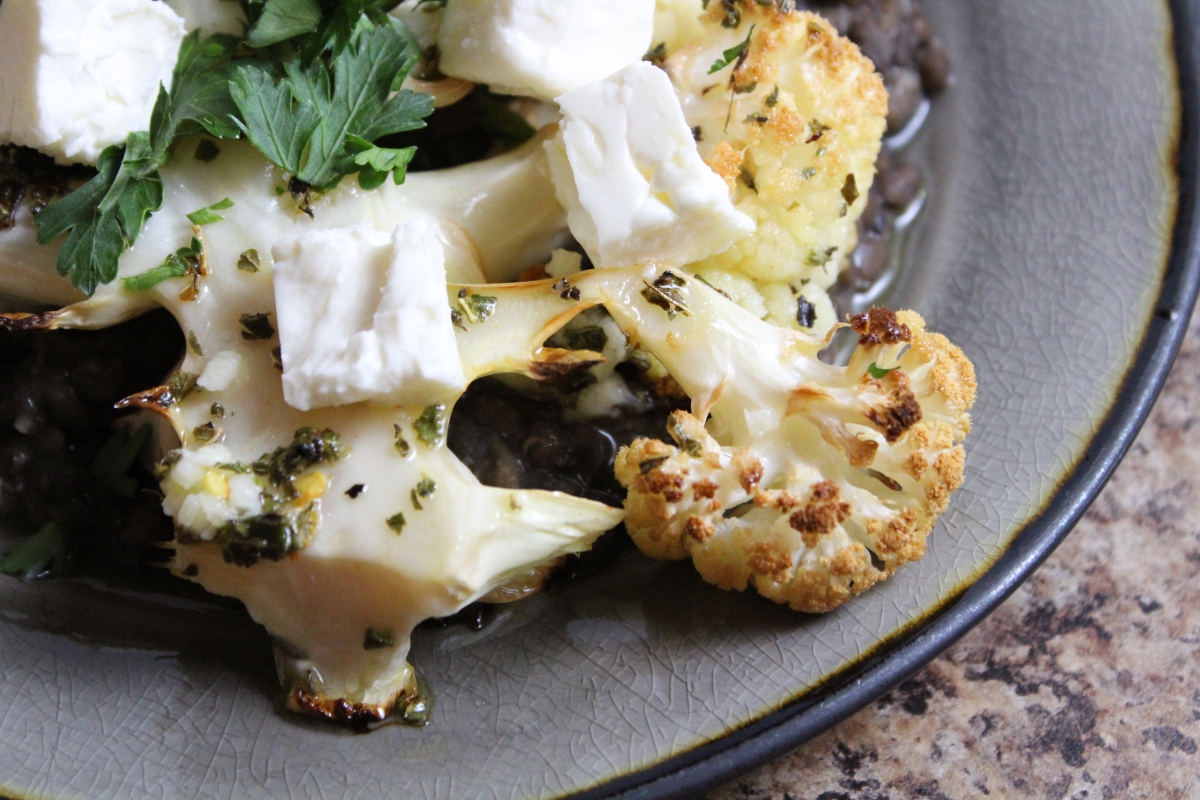 It’s been a while since I’ve felt truly inventive.

Late summer and early autumn have had me swimming against the tide of my own emotions. I’ve been treading water for weeks, just trying to keep up with day to day life, and my creativity has suffered. Food has briefly become the enemy as my emotional energy has lowered and my desire to spend hours in the kitchen has fallen to almost nil.

To give you an idea of how hard it’s been for me to get up the energy to write this blog entry, I had planned to cook this meal on Monday. I had dropped my car off for some minor repairs on Sunday and they couldn’t finish it before close, so I couldn’t pick up my car until almost noon on Monday. I missed my favorite class at the gym. I managed to pick up groceries, get to my therapy appointment and do my laundry, but all I had the energy for at dinner was some pasta. I managed to make my cauliflower steaks on Tuesday night and I took the photos but was too tired to edit them or write.

Halloween was Wednesday and I’m training new employees at work and I came home, ate some leftover pot roast in marinara on a nice Italian roll and treated myself to the best donut ever: a vanilla cut cream from Deluxe bakery. And then I promptly fell asleep watching Cable Girls on Netflix. Because I’m the coolest chick on the block. 😉 It even took me two days to write this out. But I did it!

My plasma donations have contributed to the lack of desire to cook a bit, as my protein is almost always so close to being too low for donation that I’ve just been eating meat meat MEAT, and truth be told, it’s been tedious for me. After the third month in a row with a low protein deferral, I decided to give myself an extra bit of time off to relax my need to so much protein and go back to the vegetarian meals I used to love.

Autumn brings dark and cold (although today it was a lovely sunny 75 degree day) and I want warm, comforting, hearty food that sticks to my ribs without feeling unhealthy. A year or so ago was the first time I tried making cauliflower steaks with lentils, but this time I wanted to try something different: Greek flavors! 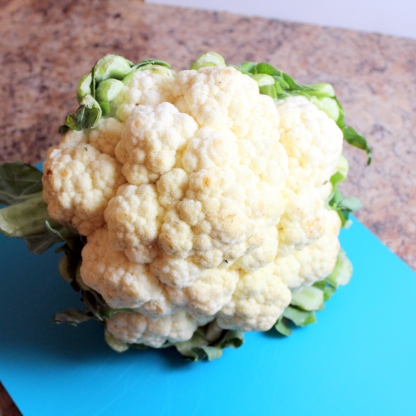 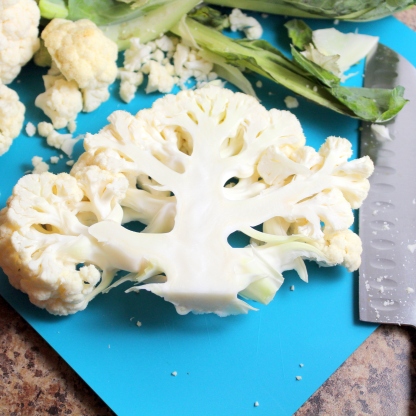 Liberally brush olive oil on a rimmed sheet pan covered in foil, and lay the cauliflower steaks flat. Brush the other side with olive oil too, then pop into a 400 degree oven for 20 minutes. In the meantime, make the basting liquid: 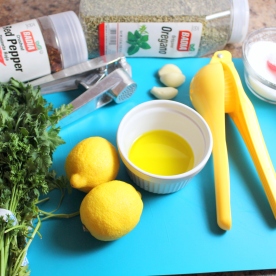 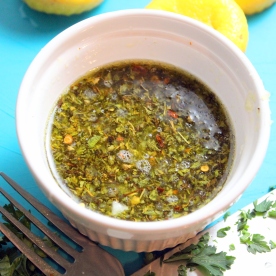 Stir to combine and use half of the dressing to baste the cauliflower steaks and bake for another 20 minutes. 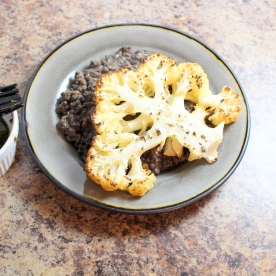 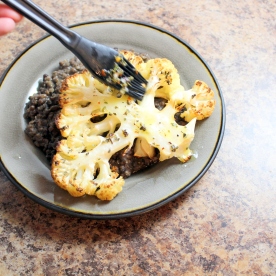 To serve, lay each steak down on a bed of black lentils (I cooked mine until very soft and seasoned only with salt), baste with the remaining basting liquid, and top with feta cheese and fresh parsley. Doesn’t that look gorgeous?! 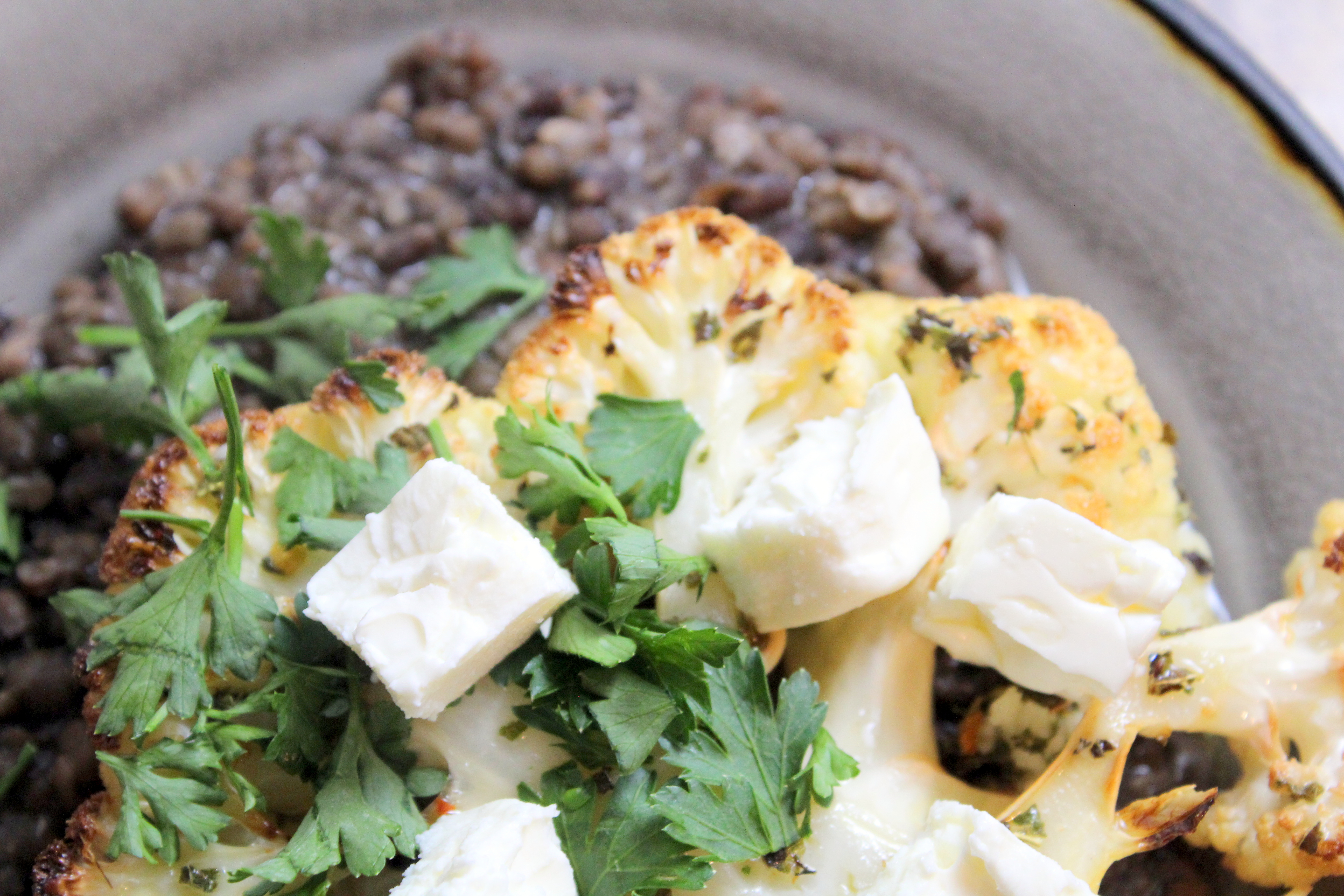 The salty feta works perfectly with the toothsome cauliflower and creamy lentils, and all of that is brought together perfectly by the garlicky lemony basting liquid. A hearty, filling vegetarian meal for a cool autumn night. ❤

Stick to your ribs vegetarian meal with Mediterranean flavors.

In my Flavor Primer series, I’m going to give a brief introduction of various herbs, spices and condiments and provide links to recipes to help you broaden your flavor horizons.

Everyone’s heard of bay leaves, right? But how many of you use them in anything other than soups? Do you even know why almost every soup uses bay leaves? Do you usually skip throwing that crunchy little leaf into your slow cooked foods because you just can’t be bothered? Well, you shouldn’t, and I’m going to tell you why.

Most people use bay leaves as a flavor enhancer in a slowly cooked soup or stew. You grab a flat, crunchy leaf that’s usually partially broken and just toss it in, then either fish it out later, or, if you’re me, you just warn people it’s in there and let them find it themselves.

When a whole bay leaf is thrown into a simmering pot of soups and stews it imparts a subtle flavor and aroma of camphor and eucalyptus, and is similar to oregano and thyme. There is a sharp and bitter back note that helps round out other flavors. In short,  bay leaves help balance other flavors and adds a little something that we can’t quite put our fingers on, but notice if it isn’t there. Have you ever cooked something without salt and discovered it tastes flat? Bay leaf works like that. I always remember to use a bay leaf when I make soups and stews.

BUT… my eyes were opened to the wonders of ground bay leaf by my Portuguese former in-laws.

Let me start at the beginning.

Bay laurel (Laurus nobilis, Lauraceae). Fresh or dried bay leaves are used in cooking for their distinctive flavor and fragrance. The leaves are often used to flavor soups, stews, braises and pâtés in Mediterranean cuisine. The fresh leaves are very mild and do not develop their full flavor until several weeks after picking and drying.

If eaten whole, bay leaves are pungent and have a sharp, bitter taste. As with many spices and flavorings, the fragrance of the bay leaf is more noticeable than its taste. When dried, the fragrance is herbal, slightly floral, and somewhat similar to oregano and thyme. Myrcene, which is a component of many essential oils used in perfumery, can be extracted from the bay leaf. They also contain the essential oil eugenol.

Many different cuisines use bay leaves. Bay leaves were used for flavoring by the ancient Greeks. It is a fixture in the cooking of many European cuisines (particularly those of the Mediterranean), as well as in the Americas. They are used in soups, stews, meat, seafood, vegetable dishes, and sauces. The leaves also flavor many classic French dishes. The leaves are most often used whole (sometimes in a bouquet garni) and removed before serving (they can be abrasive in the digestive tract). Thai cuisine employs bay leaf (Thai name bai kra wan) in a few Arab-influenced dishes, notably massaman curry. In Indian and Pakistani cuisine, bay laurel leaves are sometimes used in place of Indian bay leaf, although they have a different flavor. They are most often used in rice dishes like biryani and as an ingredient in garam masala. Bay (laurel) leaves are frequently packaged as tejpatta (the Hindi term for Indian bay leaf), creating confusion between the two herbs. In the Philippines, dried bay laurel leaves are added as a spice in the Filipino dish Adobo.

Bay is a spice that has been cultivated since recorded history. The bay tree, or bay laurel, is indigenous to Asia, and spread through the Mediterranean, where it was called laurel. Here it became a symbol of honor and glory in the form of laurel wreaths, and even the Honorific “Poet Laureate” reference this humble herb. The leaves grow on a shrub-like tree and are elongated ovals that end in a slender point.

Until I met my former husband, I was like most people: I had never used bay for anything other than tossing into soups or stews. But then I was introduced to a mouthwatering Portuguese dish called Frango Grelhado. Frango Grelhado means nothing more than “grilled chicken” in English, so the recipe itself isn’t particularly specific. But the version I make includes crushed bay leaves, red pepper flakes, black pepper, paprika, salt, fresh garlic and olive oil. All you do is toss those ingredients in with bone-in skin-on chicken breasts and marinate for a couple of hours, then grill or broil til it’s cooked through and the skin is crispy and slightly charred.

Directions
Crush the bay leaves in a mortar & pestle or grind them in a spice grinder.

Blend bay leaves and remaining ingredients in a bowl or a shaker jar.

You can also use bay leaves in another Portuguese dish, Espetadas!

Directions
Whisk together the red wine, garlic, bay leaves, and black pepper together in a large glass or ceramic bowl. Add the chicken cubes, and toss to evenly coat. Cover the bowl with plastic wrap and marinate in the refrigerator for 8 hours or overnight.

Preheat an outdoor grill for medium-high heat (or use your broiler), and lightly oil the grate. Sprinkle chicken with salt.
Remove the chicken from the marinade; shake off excess liquid. Discard the remaining marinade. Skewer the chicken onto the prepared skewers.

Cook on the preheated grill or broil until the chicken cubes are cooked through and slightly charred.

One extra tip…my former MIL uses branches of bay leaves in her house in the Azores. They do a great job of keeping cockroaches out of the house when it’s closed up most of the year!

If you don’t want to go out and purchase ground bay leaves, you can process them in a coffee or spice grinder or you can crush them in a mortar and pestle. This will ensure a much stronger flavor than pre-ground bay.

In my search for unique recipes that use bay, I found Home Ec 101 suggests baking potatoes with a bay leave between the halves and adding a bay leaf to the water when boiling potatoes for mashed potatoes, both of which I’m totally going to try!

Do you use bay leaves regularly or have you eschewed them? If you aren’t using them, maybe you should! 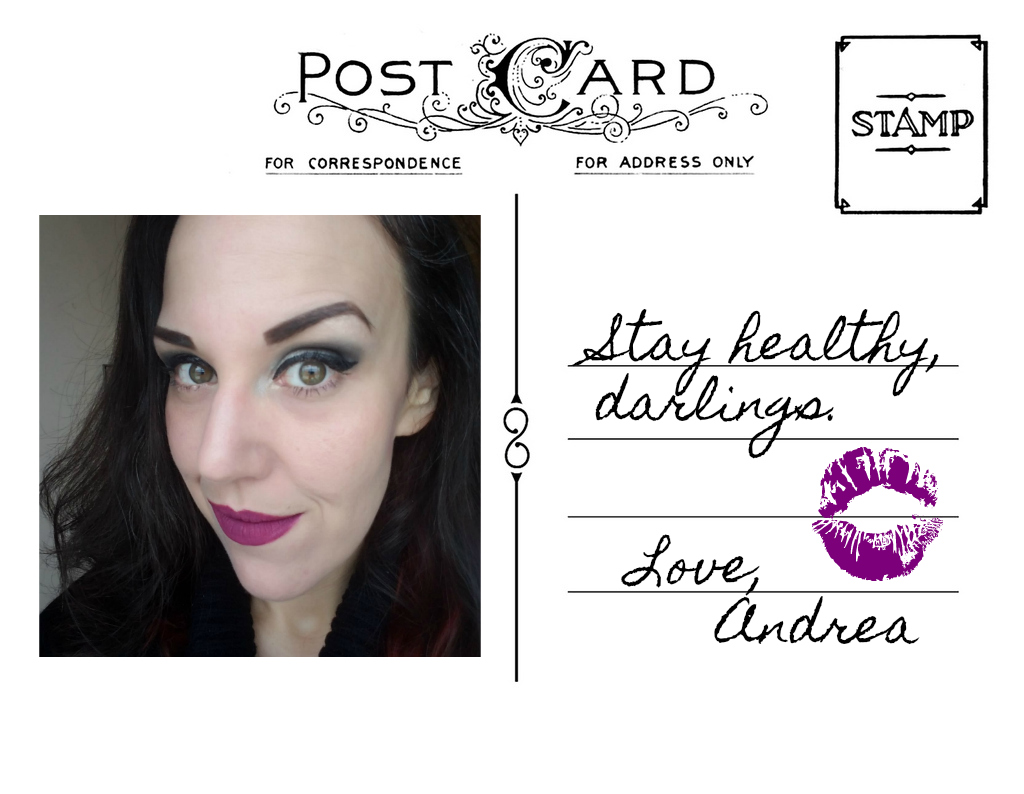