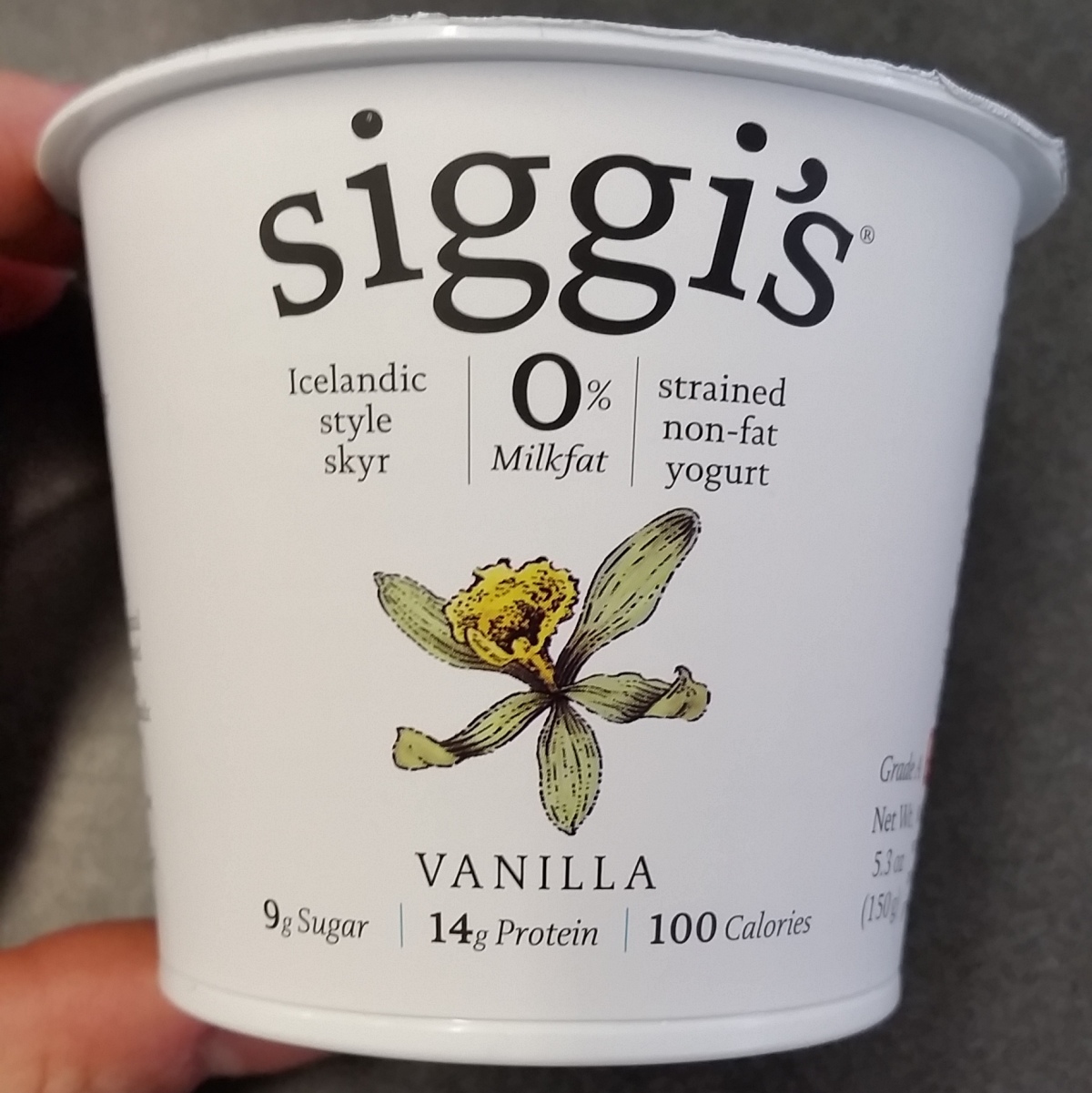 This post is NOT sponsored by Siggi’s (but if they see this and decide to contact me, I’m game)! 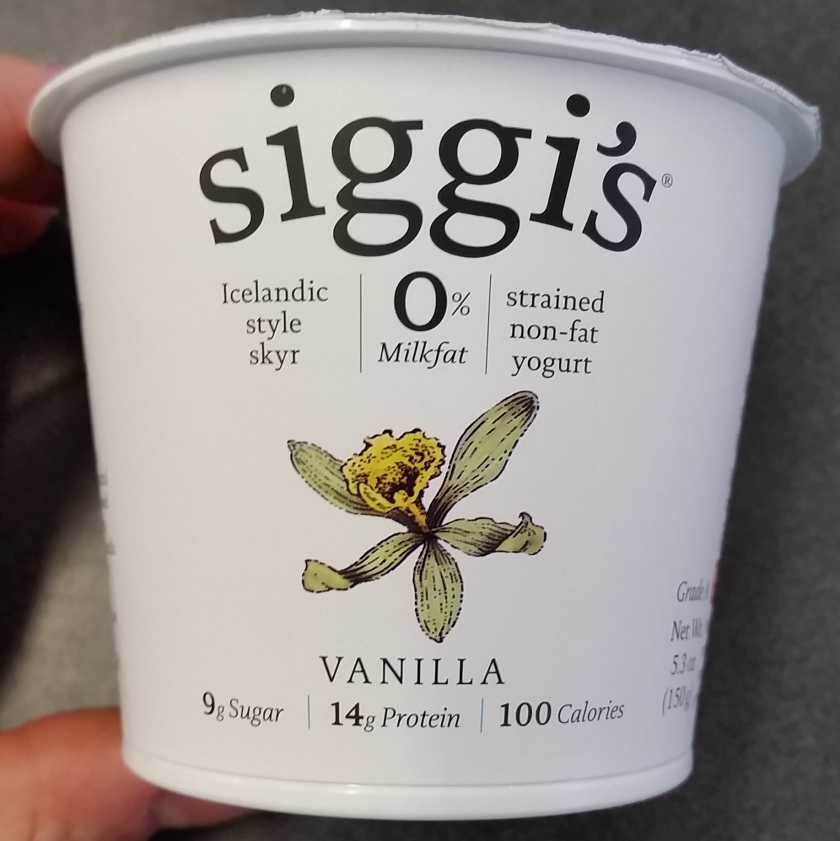 I first heard about skyr on an episode of Andrew Zimmern’s Bizarre Foods, and I immediately wanted to try it. On his show, skyr is described as being a form of fresh cheese, so I was initially confused when I saw it marketed as strained non-fat yogurt. According to an article from Cook’s Science, skyr is a form of cheese that’s marketed as yogurt in the US (Take a gander at the actual article, it goes into a much greater depth as to what differentiates yogurt and skyr).

Now I’ve loved Greek yogurt for years, and the more I eat it, the less I’m able to eat regular yogurt, which feels so soup to me texturally. Ick.

But Siggi’s? Siggi’s is exactly what I want in a protein rich dairy product. It has FOUR ingredients: 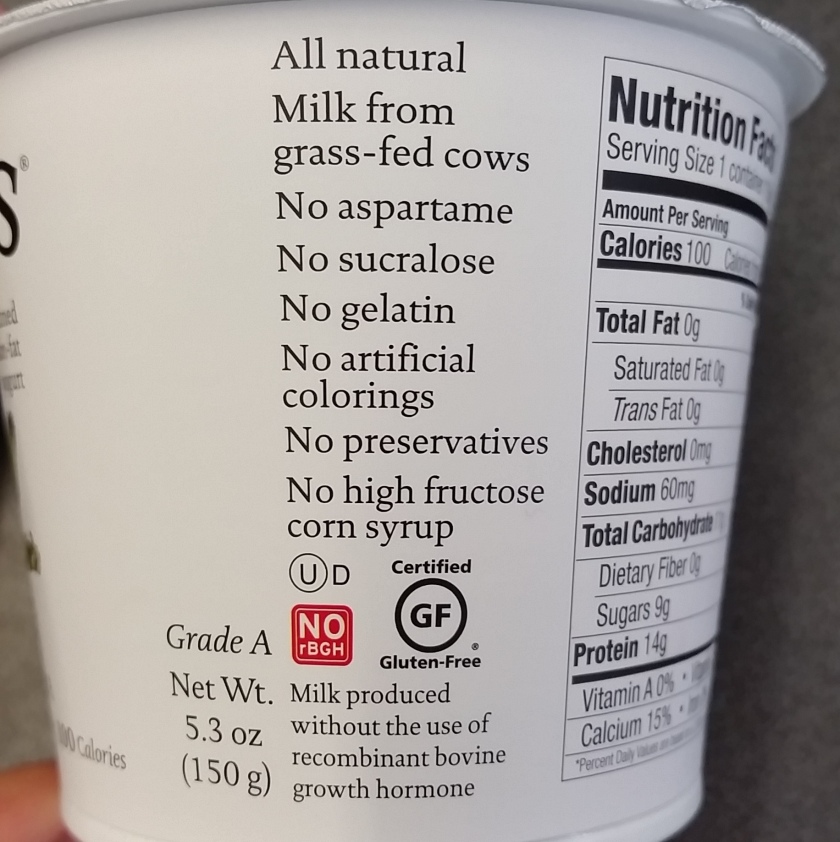 Siggi’s also touts itself as the following: 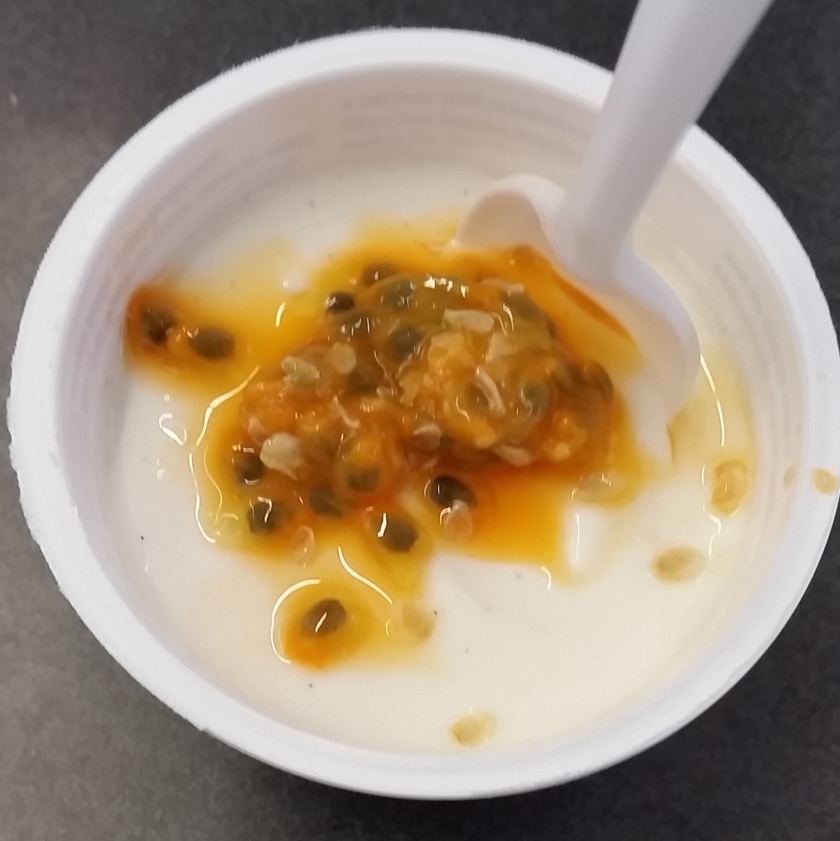 I had mine with a little bit of fresh passion fruit on top, but I made sure to taste it plain so I could give you the salient flavor information.

Siggi’s is SUPER THICK, which I love, but it’s also very smooth and creamy, despite being fat free. It doesn’t have any of that chalkiness that some Greek yogurts have. The vanilla is marginally sweet, with a very nice tartness. The vanilla flavor is light, but you can tell it’s real Madagascar vanilla because you can see the specks. And with a super short list of ingredients, you know just what you’re ingesting. 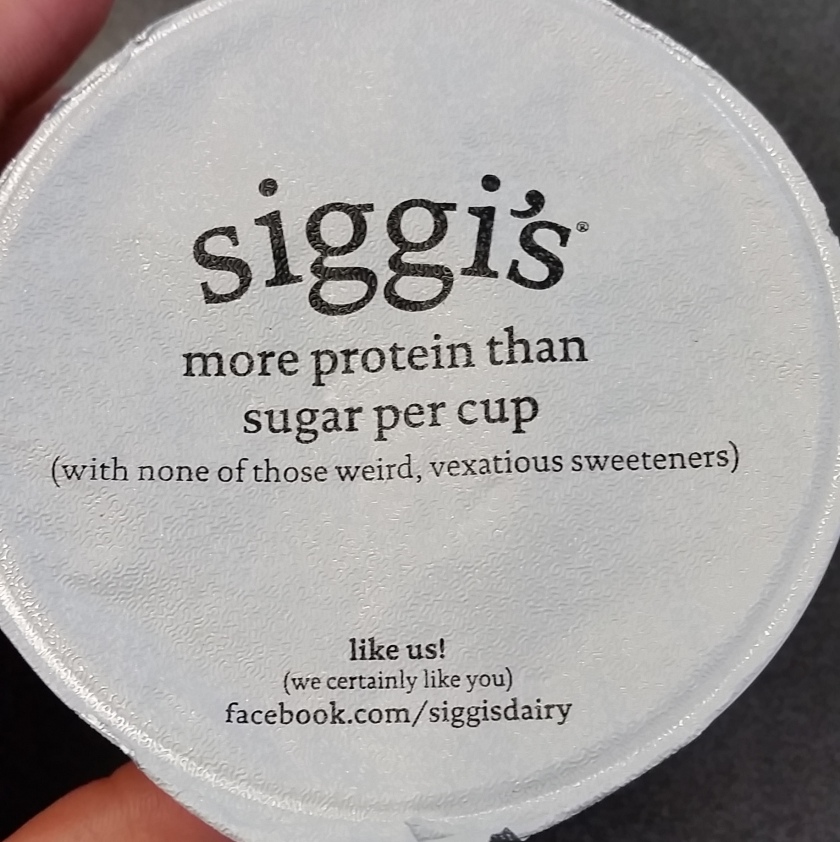 There is one downside to Siggi’s: it’s not cheap, but it does occasionally go on sale for $1 each at my local Shoprite, so when it’s on sale I stock up. Regularly it’s $1.69 each, which is definitely more than I’d want to spend.

I really love the taste of Siggi’s Skyr. Have you tried it? Will you? Let me know in the comments! 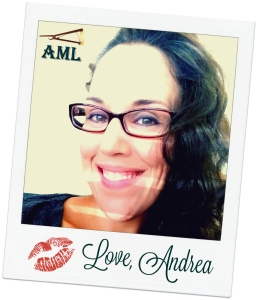