My mom visited two weekends ago and we went out for Korean food. She was unfamiliar with many of the Korean dishes they had available and I thought I might post a little primer about the cuisine to share with you!

The national dish of Korea is Kimchi, a fermented vegetable condiment most often made with cabbage. Kimchi is sweet, spicy and slightly sour, with a faint “fizziness” from the fermentation that makes it totally unique among world cuisine. It’s served with almost everything, and the fermentation process adds Lactobacillus, a probiotic that’s beneficial to gut health. From my experience people either love Kimchi or hate it, there is no in between. 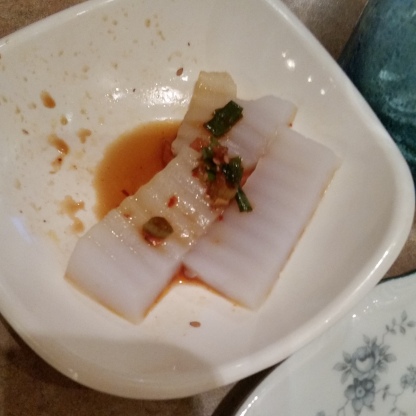 Banchan are a variety of small dishes, usually consisting of various steamed or stir fried vegetables. At our table we had spinach, eggplant, bean sprouts, mung bean cake and kimchi. Banchan are complementary side dishes served with your main course, and will vary depending on the restaurant or day. The mung bean cake was interesting to me: it was nearly flavorless but covered in a delicious garlicky chili sauce. The texture was gelatinous but firm enough to eat with chopsticks (with some care, as I’m not very good with chopsticks). The spinach is always good, seasoned with soy and sesame oil.

Gochujang is the most important condiment in Korean cuisine. It’s a fermented chili paste, with a rich, deep flavor and a slow heat. You can get various spice levels of the delicious paste, and our local Korean market has a literal half aisle dedicated to just gochujang. There’s something special about gochujang, its complexity is something to pay attention to. Unless a dish is specifically noted as spicy, the paste is served on the side for the consumer to add to their dish themselves, customizing the spiciness.

Despite meaning nothing more than “grilled meat”, in the US, bulgogi is almost always beef. Bulgogi is thinly sliced beef marinated in a barbecue sauce-like mixture consisting mainly of soy sauce, sesame oil, sugar and some other spices before being cooked to perfection on a hot griddle.

Served with or without meat, bibimbap always contains a base of white rice and stir fried vegetables, served either as is, or in a stone bowl known as a dolsot. There is typically an egg on top with a liquid egg yolk, and you stir it all together with your favorite amount of gochujang to season it to your liking.

A dolsot is a small stone bowl that is heated before cooked white rice is added. Because the dolsot doesn’t cool down quickly, the rice sizzles against the stone and forms a crispy layer of scorched rice, which is, in my opinion, the absolute best part of eating dolsot.

Have you had Korean food before? Anything vital I missed? Let me know in the comments.

6 thoughts on “Korean Food: A Primer”