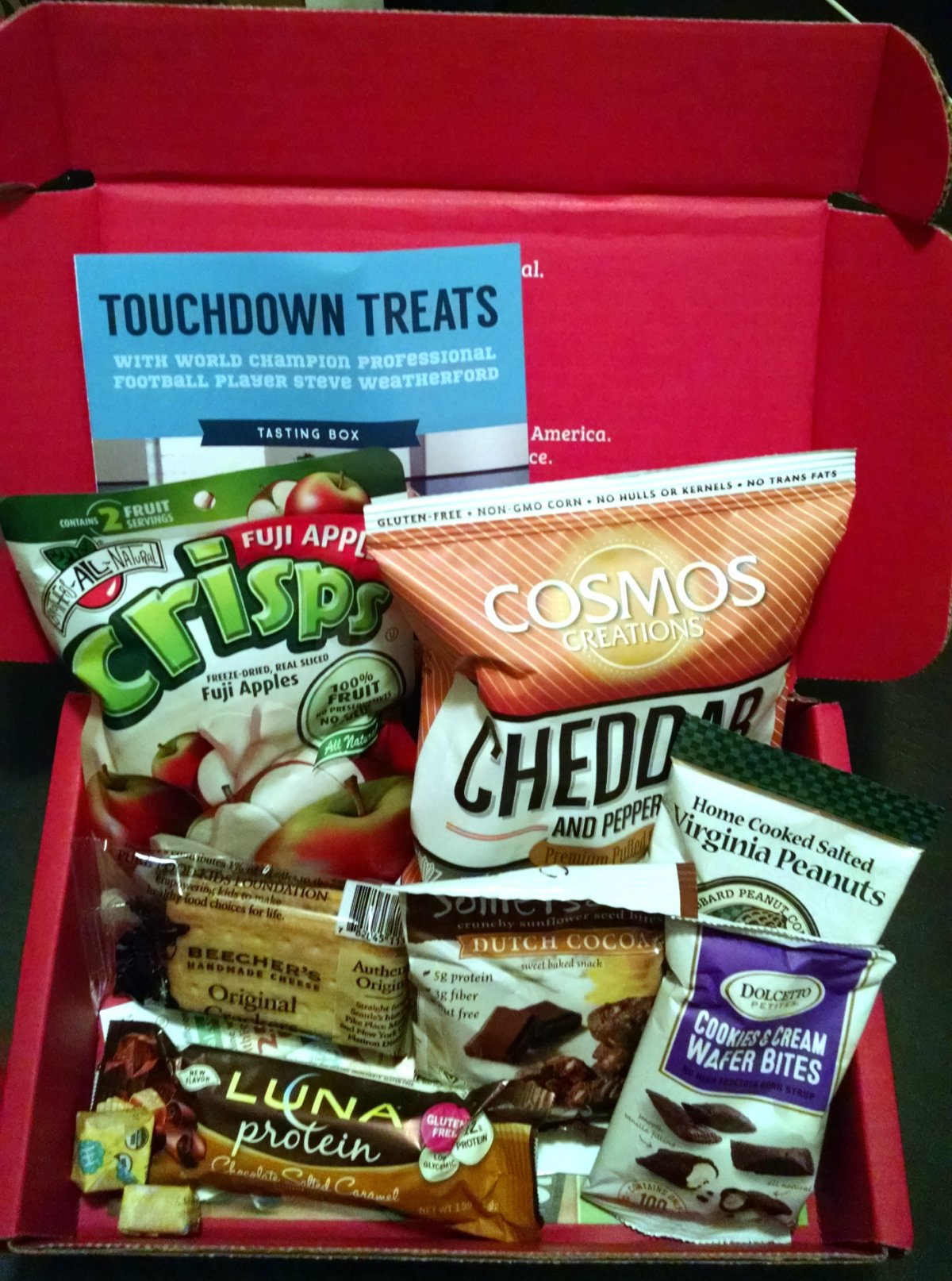 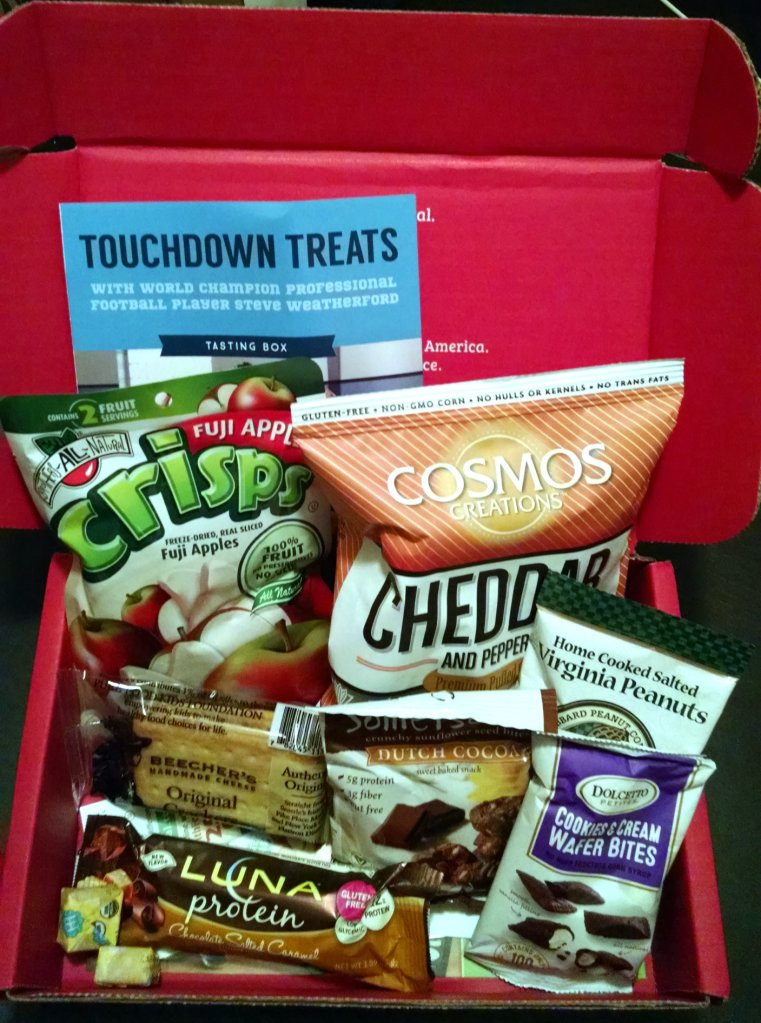 September’s Love with Food Box? YUM! One of my favorites so far. The theme this month was Touchdown Treats. To be honest, I couldn’t care less about football, but apparently world champion pro football player Steve Weatherford and I helped donated to the Community Food Bank of New Jersey, and since I LIVE IN NEW JERSEY, that’s pretty flippin’ awesome! Here’s what we got: 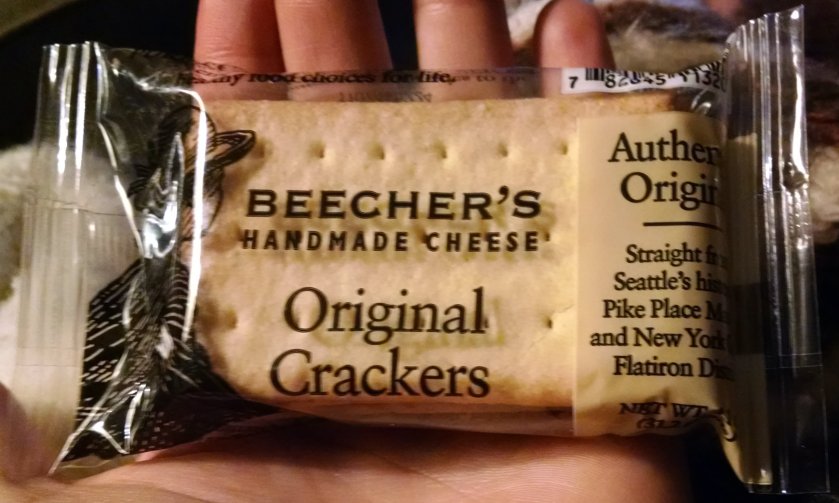 Uhm, yum. So, I thought these would just be boring crackers, and I am so happy I was wrong! Not only are these crackers dense and sturdy, ready to hold a smorgasbord of toppings, but they’re made with cornmeal so they taste a bit like CORNBREAD. Win! 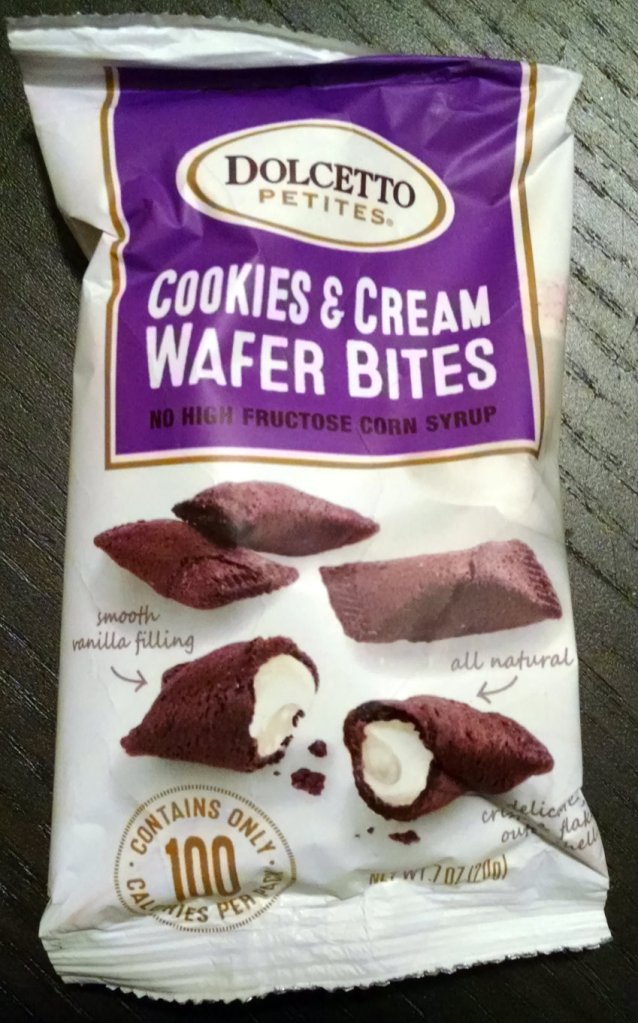 These were nice, great, almost Oreo-like flavor, with an amply creamy center. I wished the outside cookie was a bit crispier though. The Hubs liked them, too. 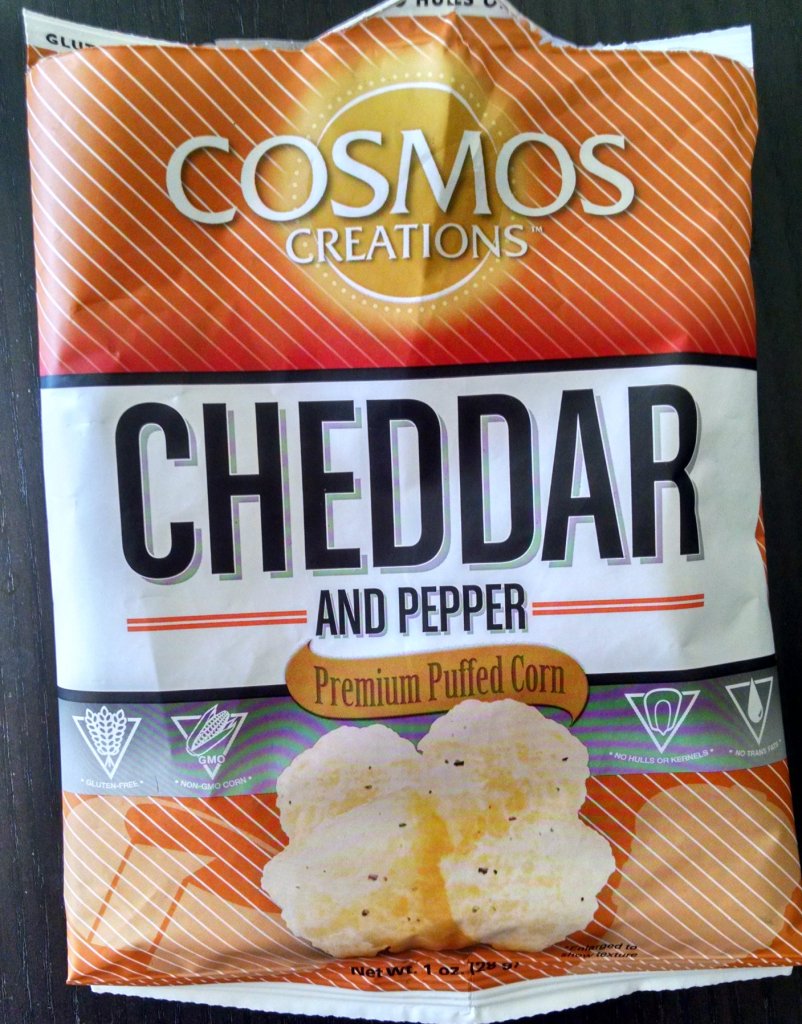 These were very tasty! They had a texture like Pirate’s Booty, but the cheddar and black pepper flavor really hit the spot. A large portion for the calories, too! A great snack for tv watching, as I was watching the season premiere of The Knick at the time. 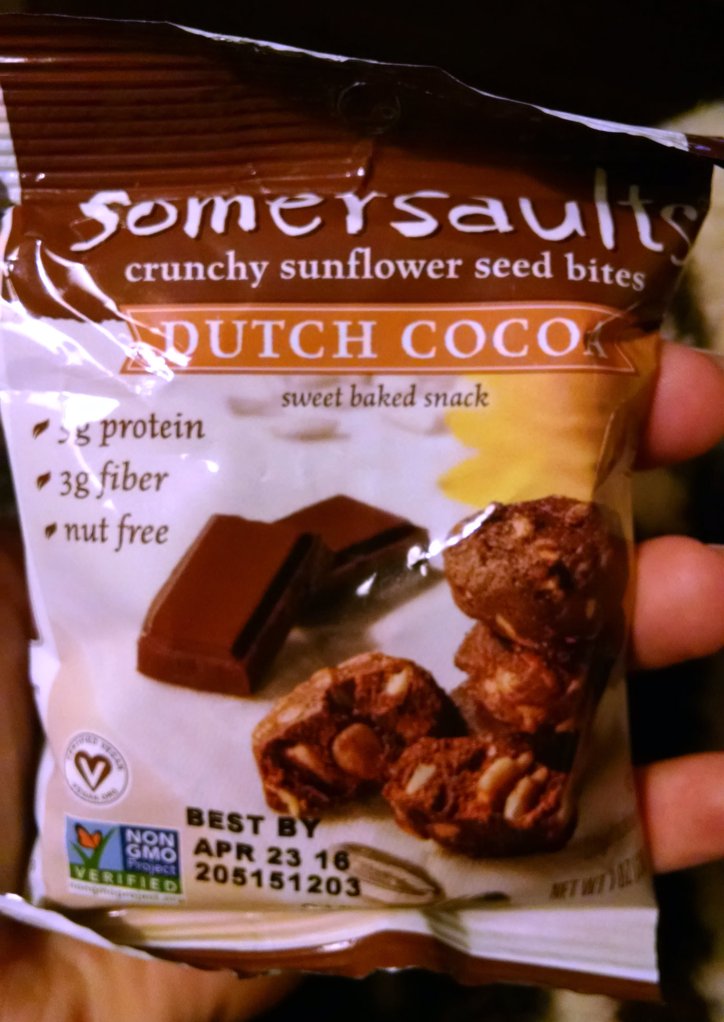 These have a GREAT texture. They’re super crunchy, with a slightly salty slightly sweet flavor, but not too much of either. The cocoa and sunflower seed flavors really come through. 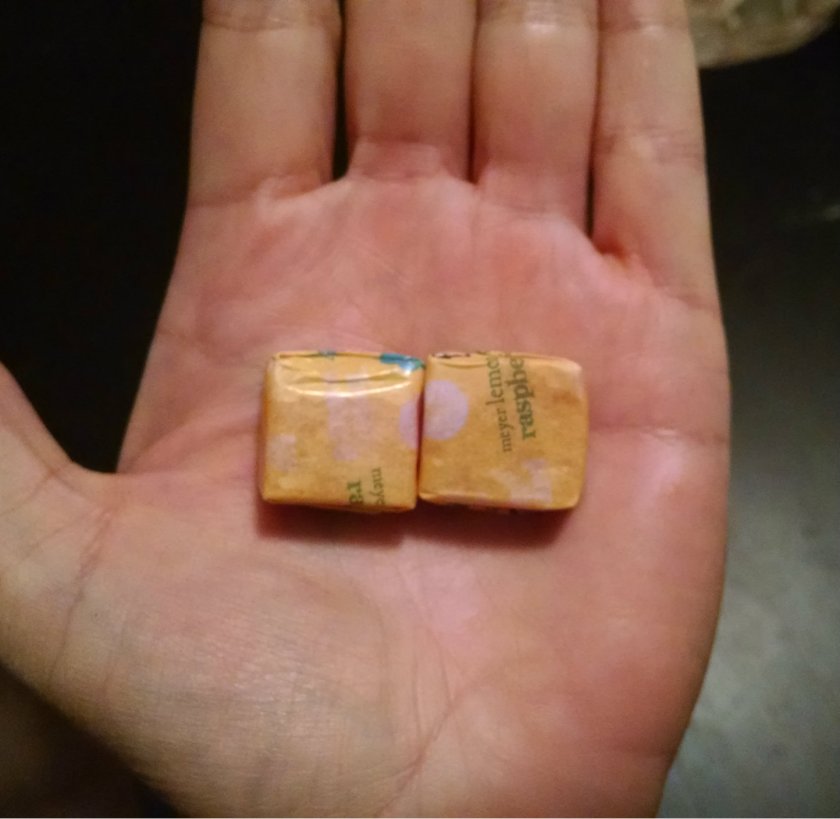 Uhhhm, more please! These are similar to Starburst candies, but with a slightly softer, easier to chew texture, and the Meyer lemon raspberry flavor was mouthwateringly good! Like Starburst, but for adults. Would buy again!

I’ve had and enjoyed Luna bars before, but for the life of me couldn’t remember if I’d tried this flavor (although their Lemon Zest variety is amazeballs). It was good, but didn’t scream “salted caramel” at me. Maybe I’m spoiled because I make homemade Maldon sea salt caramels every year at Christmas. Yep, spoiled.

The Hubs ate these and said they were just very tasty salted peanuts. He did say they seemed extra crunchy and he liked that! 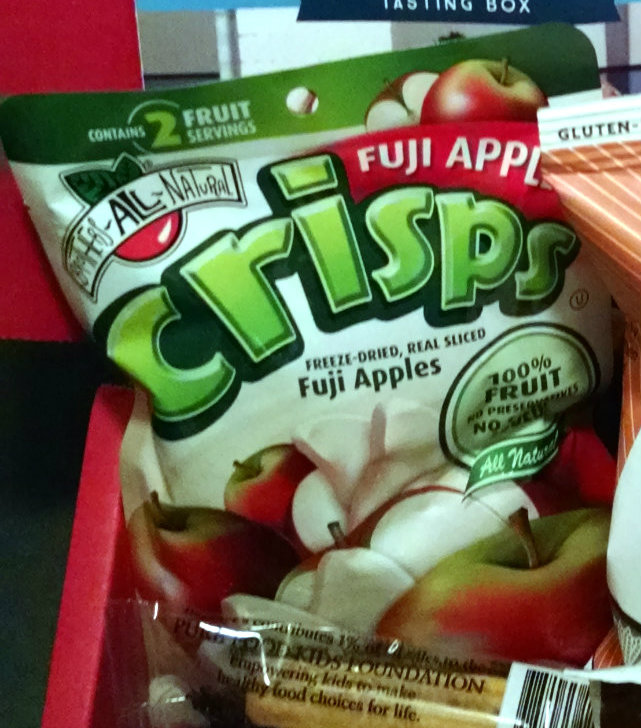 I apparently forgot to take a picture of the package for this one, so I cropped it out of the ensemble photo. The Hubs ate these, but neither one of us were a huge fan. I’m not into dried apples usually, and wasn’t here either, and The Hubs had trouble with the freeze dried texture. ANY other fruit would have been better for me.

All in all, this was a fantastic box! There was a nice surprise (the crackers) and even the worst of the bunch (apple crisps) were still decently good. Well done, Love with Food!

One thought on “October Love with Food”