I’m a child of the 80s. Hawaiian Punch, Fruit Rolls Ups and Jello Pudding Pops were everywhere. They’re hard to find these days, but every now and then I get a hankering for them. So, as I promised this month, I made them myself! They were just as easy as the creamsicles I made a few weeks ago, just two ingredients! 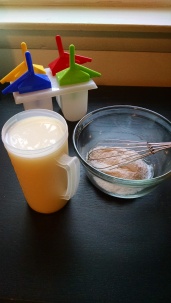 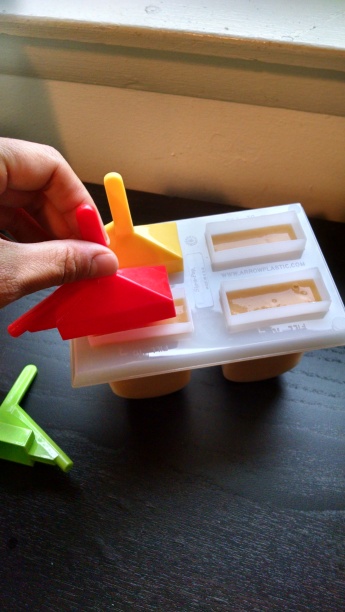 Make pudding as directed, and pour in to popsicle molds before it thickens. My molds made 6 popsicles (or would have, but I just ate the rest of the pudding). Use a glass of hot water to pry the pops from the molds (I learned this one from the first set) and enjoy!

They aren’t exactly like real pudding pops, probably because I used skim milk, but they were tasty regardless! And mine were a mere 50 calories apiece. Awesome!