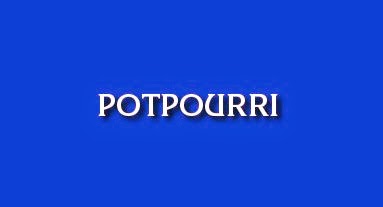 I have unfortunately been temporarily sidelined from running by a foot injury, possibly the beginning of a stress fracture in my left foot. It only hurts when I run, but it hurts almost instantly when I run. I’m going to be resting it until the mud run so I don’t further injure myself. I am super bummed by this, because while I can live without running, I just started to really enjoy it. I will be replacing my running with Fitness Blender’s Brutal Abs Workout, because I’m a glutton for punishment.

My baby boy Bingley is a good boy, but he had some issues we wanted to nip in the bud. As he’s aged, he’s developed leash aggression, and he’s always had separation anxiety since he was a pup. He comes to work with me most of the time,  but would whine and bark and claw at the gate when I went out into the showroom from the back room. It was so loud the customers could hear him, and I’m sure it irritated my coworkers. So we finally decided to hire a trainer to come to our home and help us with Bing. I had heard really good things about Bark Busters, and as it uses no treats, choke collars or physical contact at all, I felt it would be the right choice for Bing. Kurt, our trainer, came by on Monday night for the initial visit, and The Hubs and I were immediately impressed by how well Bingley responded to the training, which involves a special collar that makes a zipping noise when jerked slightly (the collar is designed to not tighten completely so the dog is not choked at all, it’s the noise that creates the impact) and the use of verbal commands. Within ten minutes of training Bingley was already not pulling on the leash and walking at heel! Tuesday at work, I didn’t even have to correct him for his separation anxiety, because he didn’t make a peep! Kurt called Tuesday night and when I told him that, he suggested that it was probably because of the leash training and us learning to be better pack leaders. So we’re very pleased so far with how it’s gone, and it’s only been two days!

I was supposed to go to the Adventure Run tonight, but due to a forecast of bad weather (that I DO NOT SEE EVIDENCE OF) it was moved until tomorrow. Very sad, see next section for reason.

Three days ago I wanted to punch everyone in the face, today everything is making me cry. I sobbed like halfway home from work today. People must have thought I was crazy.