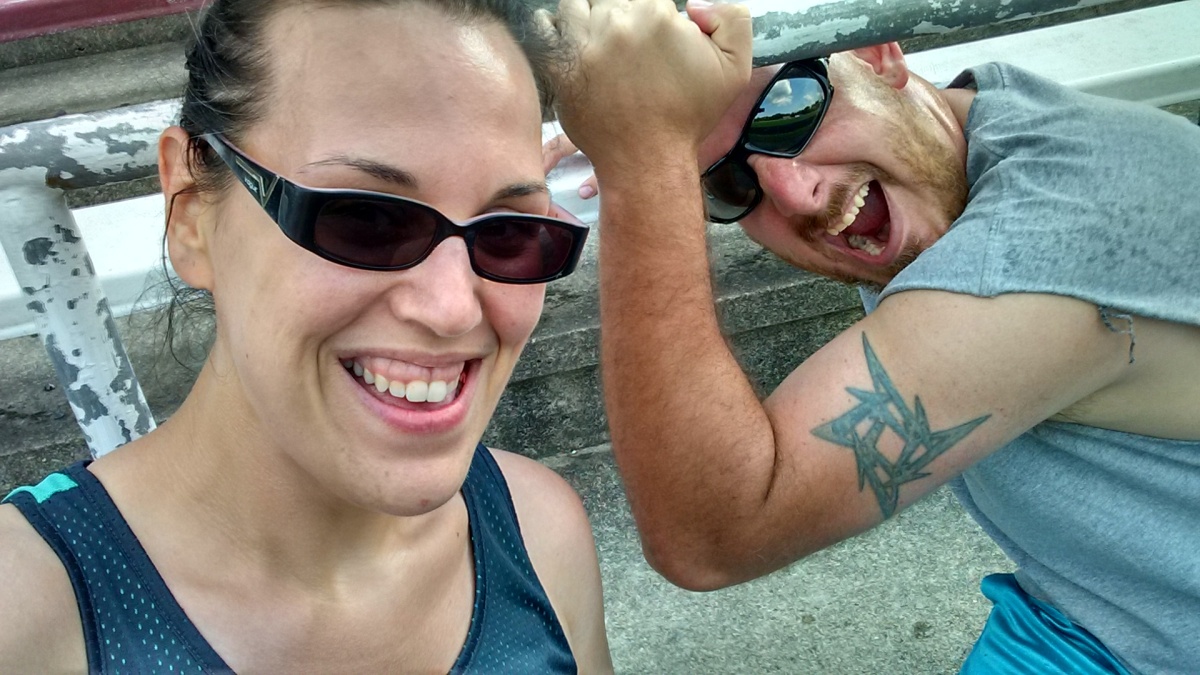 I struggled last week. The heat, the lack of air conditioning, my new Intermediate Kettlebell workout and starting sprints and stair runs all added up to a bit of exhaustion, which in turn lead to bad runs! I felt vastly better by midweek last week, and my anxiety has been super low as of late thanks to a sort of internal epiphany, so by Friday night I was ready to join Josh in sprints and stairs at the high school where he works. Josh decided he was going to show off and do pull ups on the monkey bars. You know, the same monkey bars that I cut my hand open on last week. 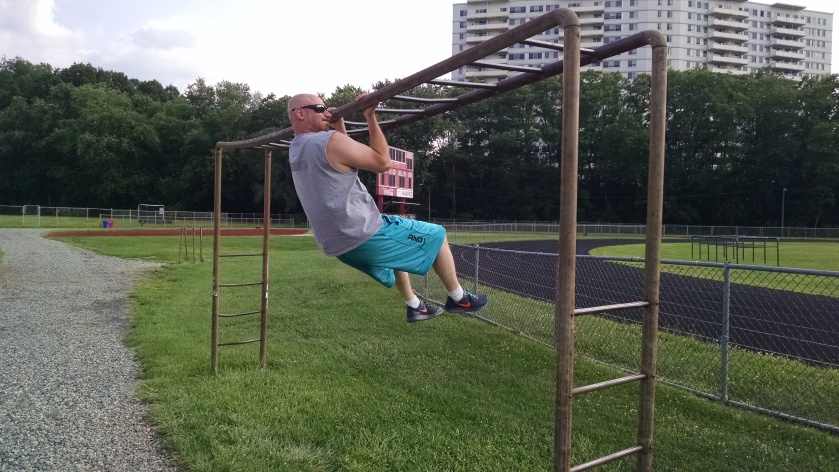 We did six 100-yard sprints between the goalposts of the football field, then did six circuits around the bleachers, seen here: 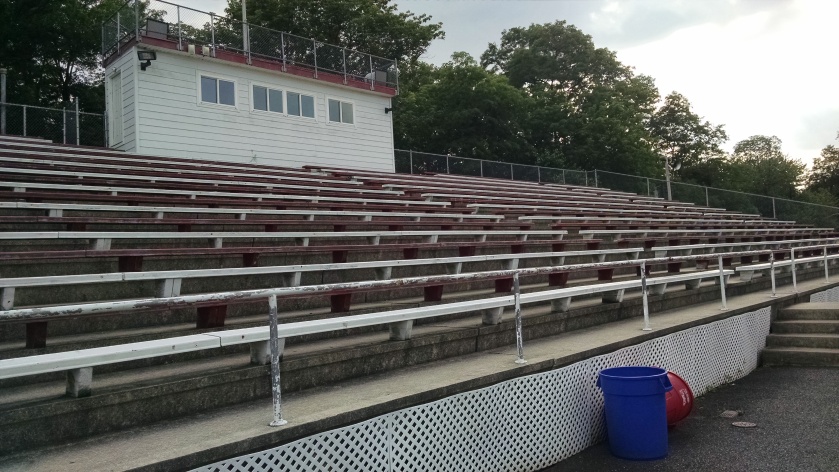 We were still smiling by the end! 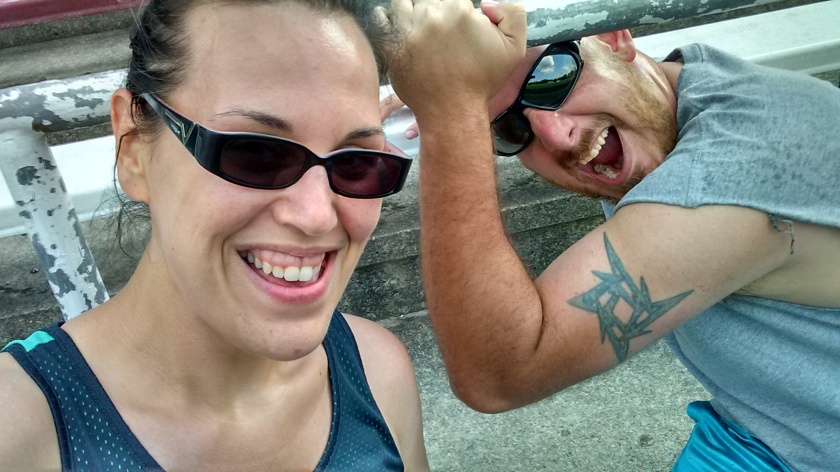 My legs were way less sore this time, and the next morning I did… wait for it…

W8D1 – 28 solid minutes. No issues at all this time around! In fact, I can’t remember much about it other than my average pace was 11:21/min, which was my own personal record!

W8D2 – 28 solid minutes. I hit the ground running. Pun intended. I felt good. Strong. My first mile was mostly downhill. I felt like I was going fast, it was cool, and my breathing felt good. My legs felt good. My earbuds, however, half crapped out about 1/2 a mile in. Only one ear had sound! Boo, but they were dollar store earbuds, so no biggie. The Map My Run app came into my ears and told me I’d run the first mile in 10:32. TEN THIRTY TWO. That’s 49 seconds faster than my previous run’s average. I was actually surprised when C25K told me I’d hit the halfway point. Surprised and happy. The two-mile notification told me that despite feeling like I’d run slower, I’d actually done the second mile in 10:09!!! I don’t know what sort of magic was happening, but I’ll take it. Unfortunately the final leg of my run was entirely uphill on concrete sidewalk, and I had expended so much energy in my speed that I’d gassed myself. Boo. I made it another 3/10 of a mile for a total of 23:59 at an average pace of 10:23, nearly a full minute faster than my previous run. I’m counting this one as done.

W8D3 – 30 solid minutes. It was very cool on this morning but the humidity was 80%, so I was a bit concerned. I wasn’t worried about speed this day, I just wanted to finish the 30 minute run without walking AT ALL. Turns out I shouldn’t have been worried! My pace was a sluggish 11:50/mi, but when the C25K app told me I could start my cooldown, I just shook my head and kept going! I made it 3.02 miles and could have run an entire 5K if I hadn’t quite literally been at my front door!

Working on speed. I’m going to continue to do sprints and stairs with Josh for conditioning. I’m going to try to run a sub-11 minute mile over a 5k distance. I’m also going to do a *gasp* mud run, so I guess I need to train some obstacles! (And get myself some old clothes together to wear, and save up for a new pair of running shoes.)

But first, it’s running a 5K on my own, without the stress of other people and the pressure of placing. I almost did it today, so if I can do it consistently over the next month or so, I’ll count that as a success.

Do you have any goals you’re proud of? Let me know!