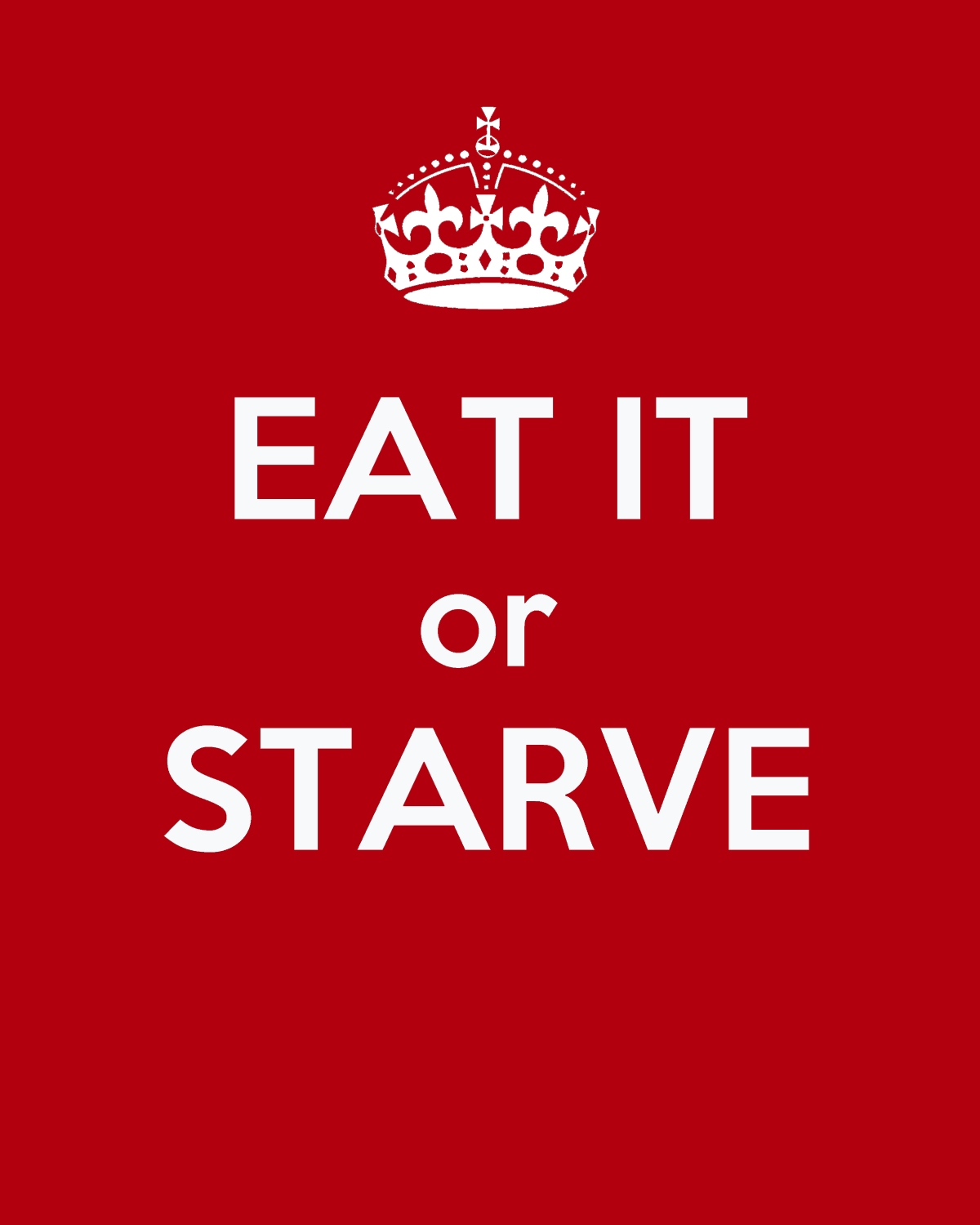 I do most of the cooking at home. Okay, I do pretty much all of the cooking at home. That’s my choice: my husband CAN cook, but his repertoire is limited. I love sausage and potatoes, but not every day, and deep fried things are special occasion items only. Now, I admit, The Hubs makes an amazing chili LOADED with veggies. If he wants to make chili, I am totally cool with that. But most of the time, I’m in the kitchen cooking. And that’s fine: it gives me the control I need to eat healthy. On A Measured Life’s Facebook Page, I’ve gotten a few questions about how I convinced The Hubs to eat healthy. Well, for starters, I give him 3 options: eat what I cook, cook your own food, or starve for all I care. I’m not a short order cook, and I’m sure as hell not going to cook two separate meals just because you turn your nose up. (There *are* a few exceptions to this, but it’s rare.)

To be fair, I do ask him if a recipe sounds like something he’d eat before I decide to make it, and after being together so long, I have a pretty good idea of what he will and won’t eat (even if I sometimes slip in something here or there that’s “off-limits”). I also occasionally ask him to send me recipes he might like to try, and if it’s relatively healthy, that’s great! Less work for me. If it isn’t, I tweak it to make it healthier. (Side note: I don’t usually disclose the substitutions I make. Sometimes full disclosure works against you. If you don’t SAY the recipe is healthy and it tastes good, do they really need to know?)

I also sneak extra veggies into recipes when I can. Does your SO love mashed potatoes? There are a couple things you can

tweak here. Blend in mashed cauliflower or celery root to lighten it without messing up the flavor too much. Switch out heavy cream or whole milk for skim, and reduce the butter slightly. Sneak a cup of cooked sweet potato, butternut or acorn squash into baked mac and cheese. Making meat sauce at home? Finely dice onions, carrots and celery and cook down with the meat (reduce meat by ¼) to bulk up the sauce and add great flavor without it tasting like veggies. Finely shredded zucchini can be well hidden here, too! Add pumpkin puree to plain pasta sauce or even chili to add fiber. Bulk up your burgers or meatloaf with chopped mushrooms. Substitute half the ground beef in sloppy joes with cooked lentils (okay, you CAN taste these, but I happen to like it like that).

When it comes to vegetables, if your significant other doesn’t like some veggies much, you can avoid them altogether, or you can experiment with preparing the veggies different ways. My dad grew up hating asparagus. Why? Because he only ever ate it from a can. Yuck! I only recently learned that beets don’t suck when eaten just rinsed straight out of a can or roasted whole in the oven. But Swiss chard or arugula? Pass. I’m also not personally a fan of avocado, but I’m sure prepared correctly I would love it. So feel free to experiment, and involve the one you love!

The Hubs and I both love comfort food, particularly on these cold and dark days. The great part is that things like this are easily adjusted (and portion controlled) to be lighter and healthier. Try a few of these examples here:

Foods That Don’t Taste Healthy But Can Be

Change won’t happen overnight. There may be some fussing. But if you involve your significant other in the process, and try to adapt recipes you know they love into lighter, healthier versions, the transition might be a little easier. And if not? It’s your responsibility to take care of your own body. If the person you want to eat healthy just isn’t interested, you can’t force them. He or she is an adult and is going to make his or her own choices. You can only lead by example, and hope you create a large enough wake to drag them along behind you.

3 thoughts on “Convincing Your Significant Other to Eat Healthier”